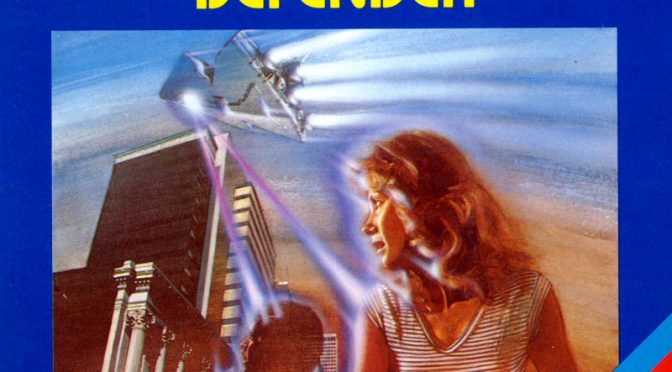 The Atari 2600 was the first real experience of video gaming for many of retro gaming fans, and if you were born in the 70’s then its likely you will have owned or played one of these classic machines (you can see my article on renovating an old 2600 console here).

Back in the early 80’s you had to use a certain amount of imagination when playing an Atari 2600 game, given the low resolution of the graphics and the limited colours available – you just had to take for granted that your blob was a knight and the other blob a dragon for example.

But that didn’t stop Atari from providing gamers with inspiration in the form of the box art used to advertise the games, which are some of the most detailed and fantastical of any games before or since.

The early Atari 2600 boxes featured dramatic artwork that attempted to capture the essence if not the actual graphics of the game, as well as the gameplay mechanics.

Some artwork was a literal interpretation of the game, such as the classic Defender, with scenes of human victims being targeted by an agressive alien force.

Other games took a more abstract approach, with the artwork depicting the gameplay concept rather than the game itself – anyone playing Super Breakout might be confused by the artwork as there wasn’t an astronaut anywhere to be found in the actual title.

You could however imagine the game being some kind of low-gravity squash played by space explorers, and it forever affected the way you viewed the game.  A little like reading a book after watching the film adaptation, you always see the actor when you visualise the lead character.

Another great example of dramatic Atari 2600 box art is the provided by Haunted House, an early example of the survival horror genre, which used disturbing images to highlight the uncharacteristically scary nature of Atari’s game.

In reality the game itself was not particularly scary, but the artwork certainly gets across the intentions of the game.

Where is the great box art today?

Back in the early 80’s, before the internet and youtube, it was difficult to actually see a game being played before you bought it – apart from perhaps a couple of tiny screenshots in a magazine review or on the back of the box.  Some games were advertised on TV, but you didn’t really get a feel for how good it was based on the few seconds of actual gameplay footage presented.

You had to pick a game based on this scant detail, or in many cases the box art alone.

Today you wouldn’t buy a game without reading several online reviews, checking out fan forums, or watching footage on YouTube.  There are websites dedicated to the making of the game, with preview footage, teaser adverts on the TV and in the cinema, and endless online discussions on the likely features.  You can even download trial versions of many games online through your console, and “play before you pay”.  Based on this onslaught its unlikely you will buy a game you don’t already feel you know intimately before you hand over your cash.

The need for physical media (and the boxes it came in) is now declining, with downloads becoming more the norm in the next generation of hardware.  Soon the only thing that comes in a box will be the console itself, and the need for fantastical and imaginative box artwork, like these brilliant examples from Atari, will be gone forever.

Legend of Zelda for the NES – The Best Video Game Media