In the late 90’s I got hooked on MAME, having found it to be a great way of playing old arcade titles that were no longer available in the flesh. Like many people who start out playing using a PC and keyboard, I soon longed for the feel of a real arcade cabinet. I wanted to play standing up, using a real arcade joystick and buttons to control the play.

So in 2003 my MAME cabinet project was born. After reading John St. Claire’s excellent guide, “Project Arcade”, I used the plans in the book to create my own MAME cabinet. 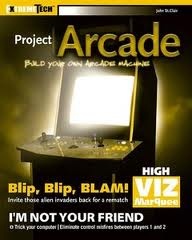 After buying all of the components online and on ebay, I set about building a test rig to make see if I could get the joysticks and buttons communicating with the PC. Unfortunately the test rig was so much fun I ended up just using this to play MAME, which delayed construction of the cabinet! When I finally got around to building the cabinet, we had our second baby, and the project was put on hold. 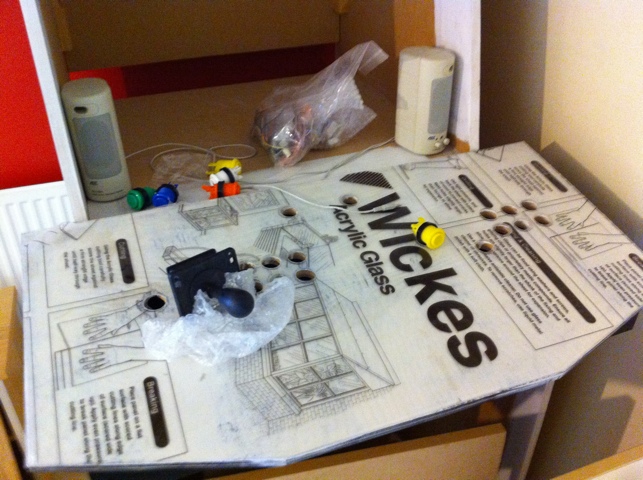 Fast forward to 2011 and 3 kids later, and I’m looking at dusting off the cabinet shell and resurrecting the build. Its in fairly good state, I have all of the components and even a donor PC. The original SONY TV that I had in mind for a monitor has been ditched for a spare LCD screen I have knocking about, which has the added bonus of being switchable from vertical format to horizontal format. This means I will not be restricted to playing one format of game, or playing in a postage stamp area of a larger screen. 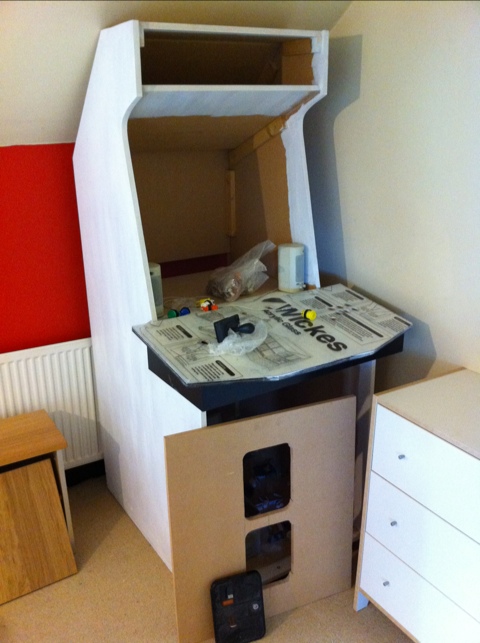 So I am hoping this is the first in a series of updates as I complete the MAME cabinet, and that after an 8 year hiatus I will finally get to playing my favourite arcade games on a real machine.